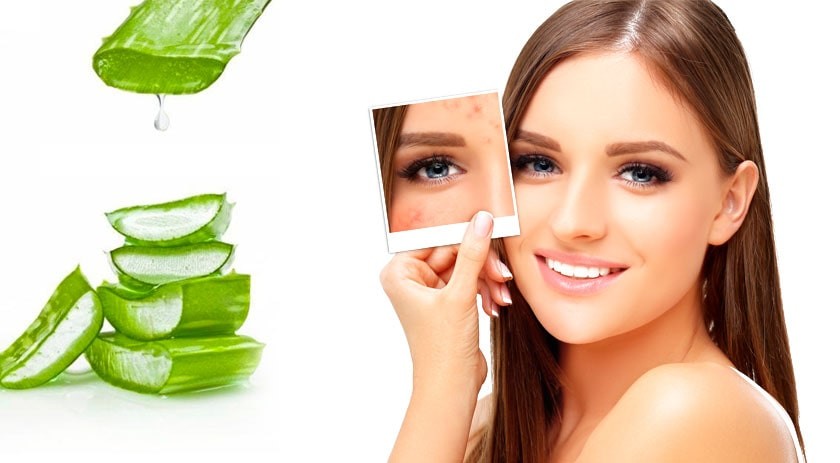 Aloe Vera contains in its leaves multiple components that help to improve the appearance of the skin, especially in the treatment of spots and scars. The regenerative power of this plant is key mark to reduce the marks that occur as a result of a burn, injury or surgery, reducing its size, softening its touch and deflating the tissues.

Among the main components of Aloe Vera stands out its power of hydration in depth, which penetrates up to three layers of the skin helping to nourish the dermis and improve its appearance. Keeping the skin healthy and nourished is very important so that it can recover from damage such as a stain or an injury. Aloe Vera promotes the creation of cells and thus the skin can defend itself better and recompose itself in its tone and natural structure in less time.

A scar is the result of an open wound that, once closed, can take up to a year to fully recover. The treatment that is applied this area in the first months of this process is very important in the long since the injuries usually close from the inside to the outside.

Aloe Vera contains mannose phosphate, which promotes the growth of tissues and thus improves healing, as well as Monosaccharides, which hydrate the skin at the cellular level. In addition, saponin allows the scar not to become infected, especially in the case of hypertrophic or keloid scars. In the latter case, that of the keloids, the skin appears hardened and of a white or reddish color with respect to the natural tone, which can be improved remarkably with the regular use of the pure gel of the plant, due to its great phytosterol content.

The fresh pulp of the Aloe Vera leaves, in its variety Barbadensis Miller, has been used since ancient times to provide health and nutrients to the skin, treat infections, burn and minimize damage and stains. Why the Aloe Vera is an effective ally against scars is due to several qualities, such as its great power of penetration into the skin, which allows moisturizing, reducing inflammation and disinfecting the depth. In addition, the regenerative power of its components, with high doses of vitamin A, C and L-Lysine helps to strengthen the dermis and through the vitamins and it contains, it promotes the growth and repair of tissues. Another factor that makes Aloe Vera a great help against scars and marks is its ability to stimulate the formation of collagen, a natural substance that generates the body to heal the damage.

Likewise, Aloe Vera contains lignin, an effective component to disinfect the skin deeply and many antioxidants, , 9 amino acids, 20 minerals such as sodium, potassium magnesium, and vitamin E, A and D, among more than a dozen others.

In addition, of the scars, a skin nourished with Aloe Vera allows it to be firmer and healthier; that way it looks more elastic, smooth, uniform and filled, minimizing the effects of aging and facial wrinkles. It is also a good solution to treat acne and sunburn, two of the most common causes of skin blemishes.