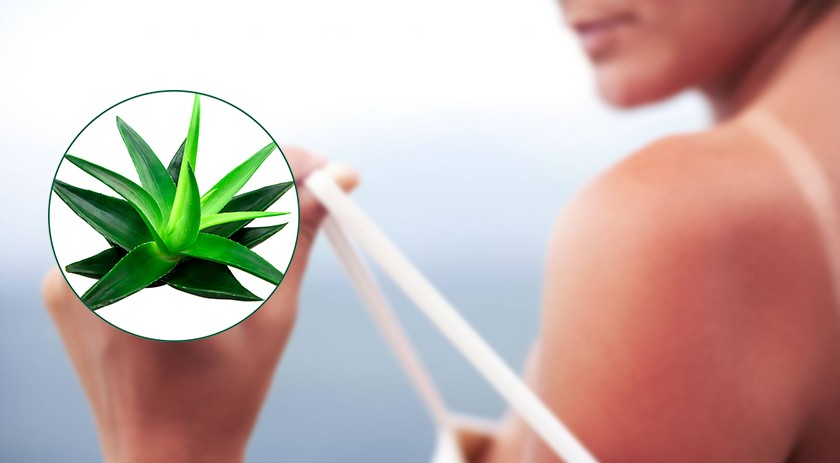 Aloe Vera is an effective natural remedy to treat mild or medium skin lesions, since the pure gel inside the leaves of this plant is useful to relieve skin infections and reduce inflammation, as well as being an anti-inflammatory and having anti-inflammatory and analgesic properties to help the healing process.

The Aloe Vera plant has been used as a natural remedy to treat the skin since ancient times, as there are documents from the Egyptians, dating to around 3000 BC, which confirm its use.

In addition, in 1934 Dr. Collins and his son already proved the extraordinary effectiveness of this plant to cure the burns of X-rays and in the sixties several American doctors showed that Aloe Vera inhibited the development of microorganisms which cause infections.

Among the properties that make Aloe Vera a perfect ally to treat minor burns on the skin highlight its analgesic and anti-inflammatory benefits, by deflating the tissues with a soothing effect, thanks to the content of acetylsalicylic acid.

Aloe Vera has great healing effectiveness, because it accelerates up to 8 times the healing of wounds due to its capacity for cell regeneration. In addition, it has bactericidal and fungicidal properties, which prevents and avoids infection in damaged tissues and the proliferation of bacteria.

To this whole set of benefits we must also add its nutritional property, since it contains 19 essential amino acids, in addition to vitamin A, vitamin B1, vitamin B2, vitamin B3, vitamin B5, vitamin B6, folic acid, vitamin B12, vitamin C, vitamin D , vitamin E and calcium, in addition to other minerals such as iron, phosphorus, magnesium, manganese, potassium, chromium, copper, sodium, zinc, selenium or silicon, germanium, and 19 of the 22 amino acids that our body needs, such as tyrosine, cistern, L-arginine, L -carnitine, L-cysteine, L-phenylalanine, glycine, L-glutamine.

The content of Aloe Vera leaves also has a moisturizing power due to its high water content, very important for the regeneration of burns, it is immune system stimulating and contains enzymes, mono and polysaccharides, anthraquinones, saporins and sterols, among other substances.

Aloe Vera is an effective treatment for sunburns, since it soothes and calms almost instantaneously and without chemicals. Aloe Vera moisturizes and nourishes in depth, repairing up to three layers of the skin thanks to its high ability of penetration.

One of the main values of the content of Aloe Vera leaves for skin damaged by sun is its richness in polysaccharides, effective against aging and collagen stimulator.